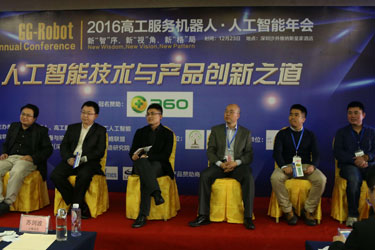 Bill Gates once said, “robots will repeat the path of the rise of personal computers. In the future, every family will have robots. This revolution is bound to completely change the way of life of this era, just like the personal computer. This statement is gradually confirmed. After robots occupy the industrial assembly line and battlefield, service robots also begin to enter our family life. All kinds of signs show that the first year of home service robots seems to be coming.

In the capital market, more and more industry leaders and listed companies are keen to capture the great prospect of service robot as an important application. With the rapid development of smart home, intelligent products represented by service robot gradually enter the people’s home, ushering in explosive growth.

Different from the cold smart home, many home robots in the market mainly focus on intelligent features, which are embodied in people and interaction. They can complete the personalized needs of users through interactive ways such as voice reminder. However, the current intelligent degree is far from meeting the requirements of users.

It is worth mentioning that the 2016 annual conference of high engineering robots, with the theme of “new intelligent order, new vision angle, and new grid bureau”, will be held from December 22 to 23 at the Royal Hotel of Venus, Shajing, Shenzhen (formerly Qilin Mountain View Hotel). Besides the industrial robot Forum, this annual conference also has two special sessions on service robots Altar.

On the morning of December 23, at the 360 naming session of the annual conference of high tech robots and the forum session of “artificial intelligence and product innovation”, the dialogue guests will focus on “whether the home service robot will repeat the” trap “of smart home How to solve the standardization and personalization of service robots The two topics will have a round table dialogue.